It is evident that the increased privatization of the public university in an era of neoliberalization is key to the crisis of what some describe as a post-public university. Scholars have argued that the economic restructuring of the neoliberal university evident in the current budget crisis in California is also a policy of racial management i.e. the restructuring of a racially and ethnically diverse student body and also of diversified curricula. It is apparent that the budget cuts primarily affect the enrollment and retention of students from racial and ethnic minority groups and from economically disadvantaged backgrounds. The budget crisis also heightens the vulnerability of ethnic studies and women’s studies programs, which tend to be sites where faculty of color teach and where undergraduate and graduate students of color find support. In addition, departments and programs that produce research exploring the intersectionality of race, class, gender, and sexuality are further undermined by popular delusions of race-neutrality and the rise of a so-called "post-racial era."

In such a climate, it is also apparent that economic anxieties generate tensions between ethnic studies programs and that racial diversity is sometimes pitted against diversity based on gender, sexuality, or class. The budget crisis exacerbates or invokes tensions that have emerged in the post-9/11 culture wars and during the economic recession, where questions of race, nationalism, gender, sexuality, class, and religion collide. In this project, we were interested in thinking race in relation to other axes of difference—gender, sexuality, class, religion, and nationalism—but will centrally focus on race as it speaks through these other dimensions of social life.

Natalia Deeb-Sossa and Sunaina Maira worked with a team of undergraduate and graduate research assistants who helped conduct interviews with faculty, staff, and students as well archival research in the Special Collections of Shields Library on the Third World Forum’s (TWF) publications.

In addition to this archival and curatorial project, our research team has done interviews with senior or retired ethnic studies faculty and faculty of color who were involved in establishing ethnic studies programs and in progressive movements at UCD, as well as with students activists and faculty who were involved with Occupy UCD and the protests against tuition hikes. We did about 30 interviews which have been transcribed and compiled in a digital archive.

The TWF was a progressive-left student group that was at the center of antiracist and social justice movements on campus till the early 2000s, including the struggles to establish ethnic studies, and linked to local, regional, and national movements. We have created a digital archive of selections from the TWF’s newsletter from the 1970s to the present (it was revived briefly in the 2000s), highlighting key moments in student activism and cross-racial coalition building and organizing on campus. This is a history that has been largely forgotten or repressed, so the exhibit provides an alternative site of public memory of issues pertaining to race, racism, and antiracist mobilization on campus.

The project was launched in June 2012 with a panel on histories of activism at UCD featuring ethnic studies faculty, current as well as retired, and student activists. We installed a selection of materials from the TWF archive, from the 1970s, in Hart Hall which houses the ethnic studies programs and departments.

In December 2014, we expanded the exhibit and installed approximately 100 selections from our digital archive, that we printed and mounted in Hart Hall, organized chronologically by decade since the 1970s and with captions. In addition, we obtained photographs of the student hunger strike for ethnic studies by a multiracial coalition of students in 1990 which is displayed at the beginning of the exhibit.

The exhibit has transformed the space of Hart Hall, filling the walls with documents that record a history of UC Davis that is not available on official sites, and a testament to local as well as national and global struggles for racial justice. The exhibit has been cosponsored by the departments and programs in Hart Hall which have contributed funds to the project. We hope that this exhibit will provide a resource for students to do research projects as well. 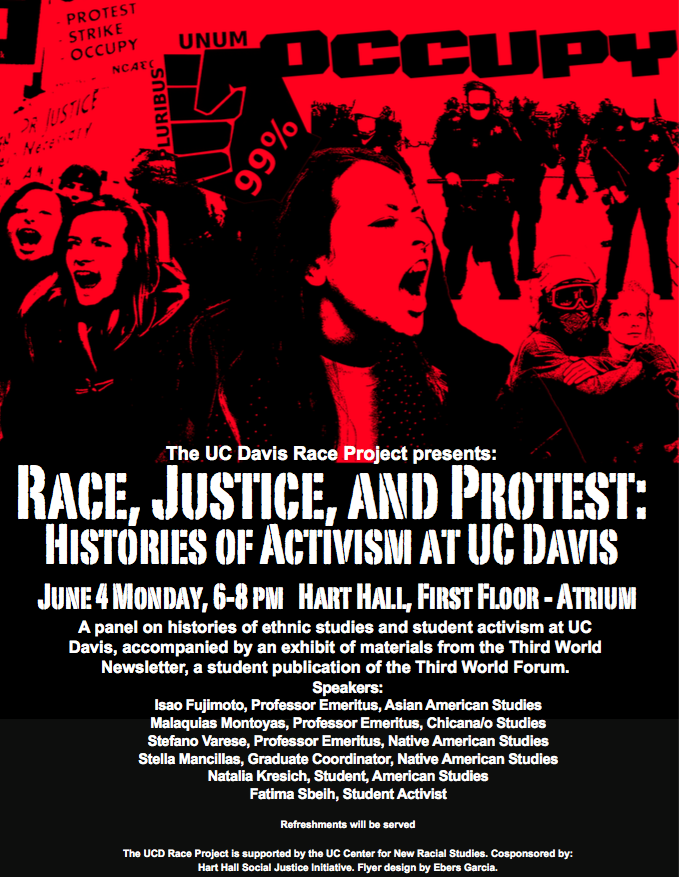 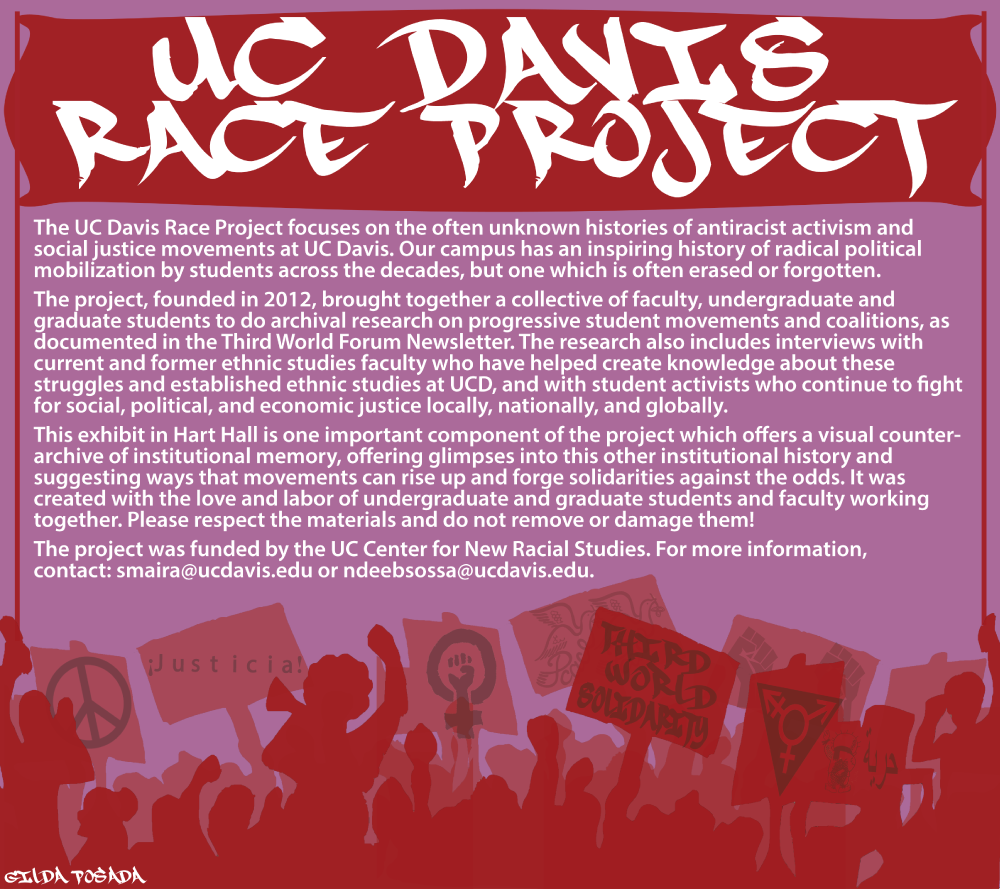